This post requires a bit of history. When I was just starting out as a percussionist, I didn’t have a mallet instrument to practice on. They weren’t exactly growing on trees, either. My mom had a friend who had a nice old marimba in her basement; she played when she was younger but had given it up. She offered to let me borrow the instrument and I did, for almost 14 years!

I would practice on Friday nights when my fellow high school students were out partying and puking. It’s hard to describe the endorphin rush that I got on those lonely evenings but it was the best thing in the world; I was into being a musical monk. Later on I joined a Mariachi band (that’s another post) and lugged the marimba all over town in my folk’s International Travelall, the original Family Truckster (see pic below). My wife noticed a similarity between the Travelall and the Scion xB that I drive now. Hmmm.

Years later I was playing mostly timpani and didn’t need the old axe so much so I returned it to its owner. She turned around and let other aspiring drummers borrow it and eventually one of them bought it from her. He took the bars to the famed Century Mallet Instruments company in Chicago and had the them refinished and tuned. For another twist in the story, that’s the same place the marimba was made back in the 1940s; Century Mallets is housed in the old Deagan building!

Fast forward to 2009. I got a new student who told me that she had a nice old 4 octave Deagan marimba to practice on. Needless to say, this rang a bell. It turns out that her uncle was the guy who bought the marimba from my mom’s friend years ago! Dinky world. A couple of weeks ago I went over for a reunion of sorts. I played a couple of things for them and got my picture took. Observe: 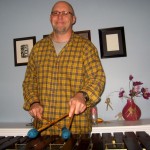 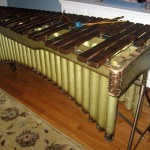 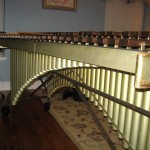 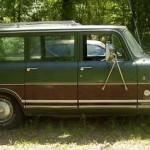 International Travelall kind of like the one we had