The Basement is Back! 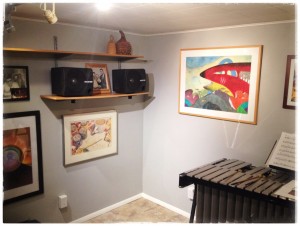 It took six months but the basement studio is back to normal! Walls, molding and old furring strips were removed, carpet was cut out, three electrical outlets were replaced and ominous cracks in the wall were sealed. Then the process was reversed (the hard part) with four feet of vinyl flooring added to provided a moisture buffer between the carpet and the back wall. In case you forgot what it looked like earlier on, here’s a ‘before’ pic. 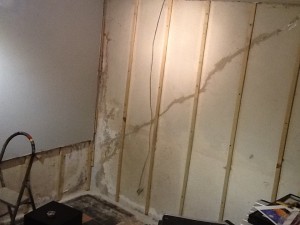